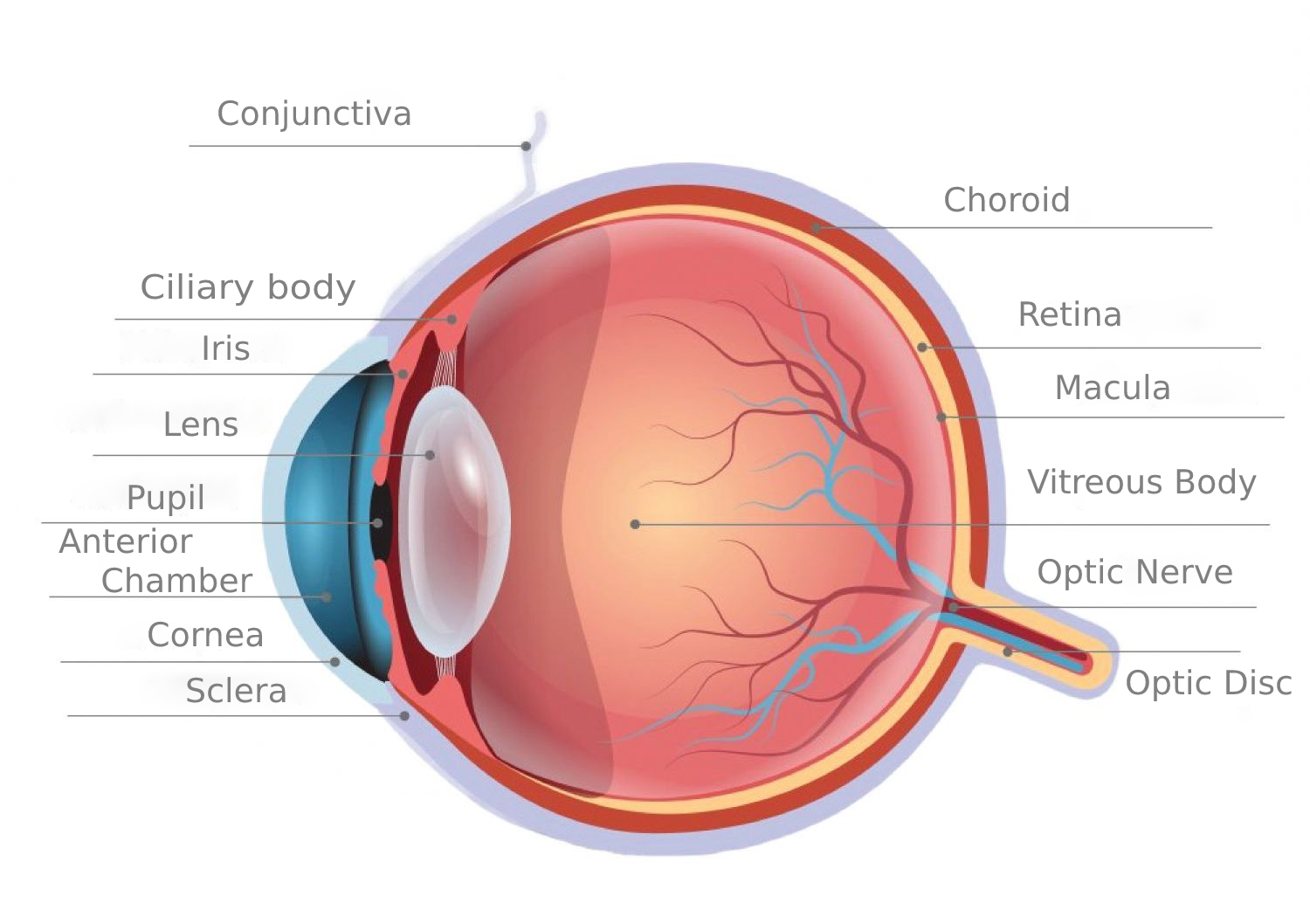 The posterior segment consists of parts that can only be examined by specialized means:

The eyes are considered the most beautiful and modern camera in the world. The eye captures images similar to the way the camera does
2. Eye Operation Mechanism 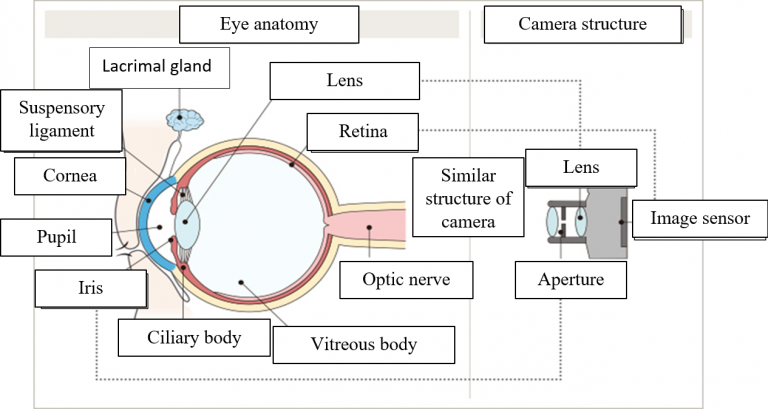 The eyes are considered the most beautiful and modern camera in the world. The eye captures images similar to the way the camera does.

To capture an image, the light reflected from the object is refracted through the lens system and focused on the film. The light signal here causes chemical reactions on the film, and then produces pictures through photo making process.

Likewise, the eye has a “lens” system consisting of cornea and lens. The light will, after being refracted through the cornea and lens, focus on the retina. The light signal here will be converted into neural signals by photoreceptor cells on the retina. That signal is then transmitted to the brain via the optic nerves and identified as imaging in the brain. This is how the eye works to see something.

For the camera, we have to adjust to obtain precise focus and light level for sharpness, and clean the dirty lens and maintain it carefully. In fact, our eyes perform those tasks completely automatically.

For example, to change focus, our lens will change its curvature controlled by the ciliary muscles. Adjusting the iris’ elasticity shall result in changes of the pupil’s size, which in turn controls the intensity of the incoming light beam. The main and auxiliary lacrimal glands work to keep the cornea lubricated, this is a natural cleaning and protection mechanism that is bestowed on the eyes by nature.

These operations take place automatically under the extremely sophisticated control of neural mechanisms, which no high-end camera can match.

Thank you for subscribing. Japan International Eye Hospital is happy to send you the latest news by email.